On Saturday I went to get my hair cut but the queue in the barbers was so long I decided that I couldn't be bothered to wait and went off to have a look for insects in some local woodland. Despite the intermittent sunshine it was too cold for anything to be flying so I spent a bit of time sweeping spruce scrub. I got a few hoppers and bugs but the most interesting thing was a lacewing.

Even in flight it looked small and upon capture it was bright green which excluded Chrysoperla carnea which is the commonest species at this time of year but turns brown over winter. The other obvious feature was the bright green stigmas on each wing. 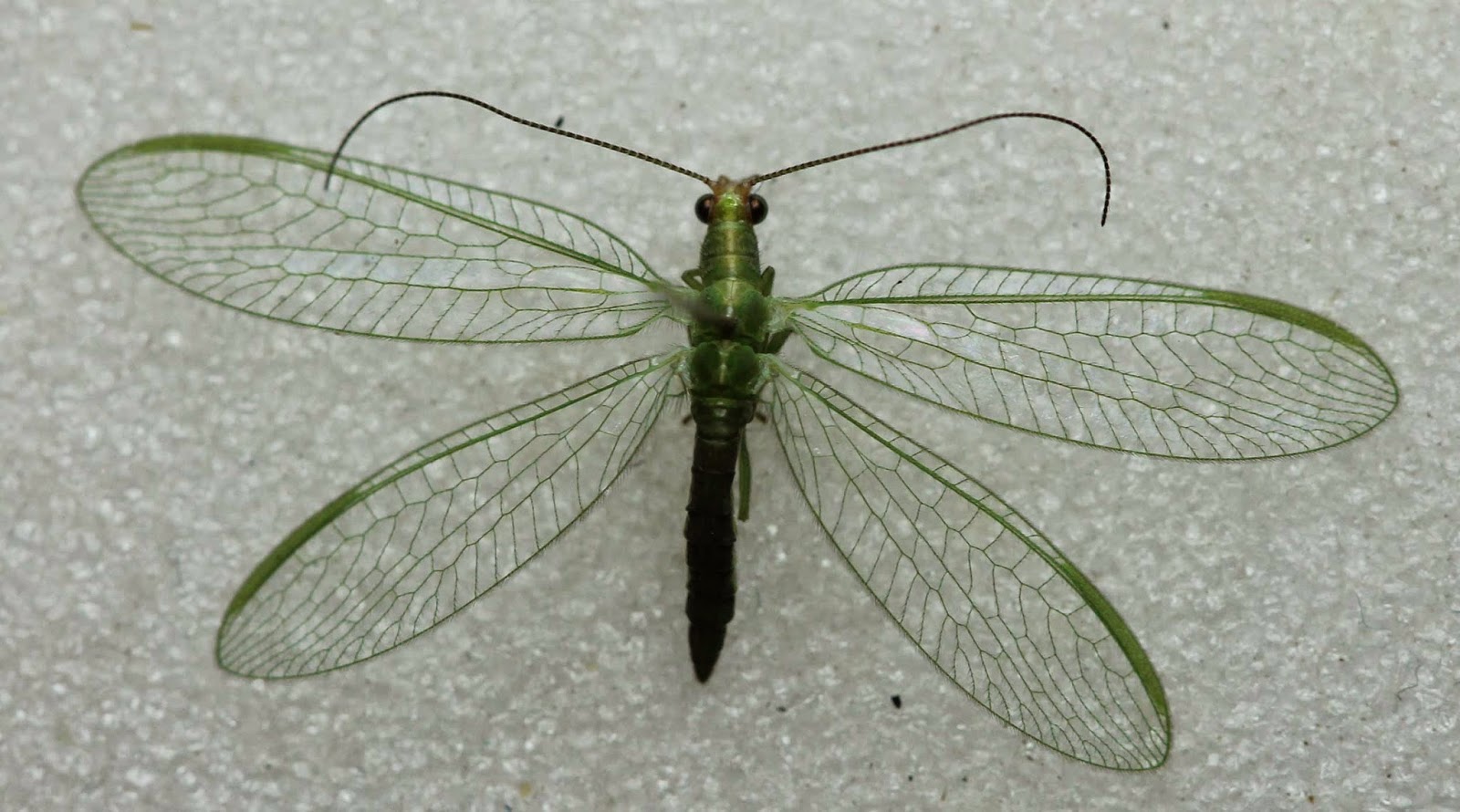 Attempts to run it through the AIDGAP key quickly ran into problems but further investigations revealed that it was Peyerimhoffina gracilis, a species which was added to the British list in 2001. Colin Plant who wrote the AIDGAP key has supplied the following amendment to Key H on page 222:

3 ... Inner gradate series of forewings with at least twice as many cross veins as in the outer gradate series (usually 5 inner, 2 outer). Tip of abdomen finely pointed - Peyerimhoffina gracilis

- ... Inner gradate series with fewer cross veins than the outer series ...3a

Posted by Gilbert White's Ghost at 22:53 No comments:

There is little at this time of year to encourage me outside, especially in a winter when most birds seem to be incredibly short supply. That doesn't mean there's no natural history to be done however as there are all the specimens from last year to work through.

Many people these days disapprove of the taking of specimens, perhaps influenced by the fact that it really isn't needed for the groups that they are interested in. I have neither the time nor the inclination to go into the importance of retaining specimens but perhaps the story of my best find of 2014 will illustrate one of reasons why it is worthwhile.

On 26th June I was on a beach in north Kent looking for the eggs of a particular moth. I came across a small, dark shieldbug that I was unfamiliar with so I brought the specimen home for identification. As usual, I didn't have time to do anything more with it until the winter when I keyed it out as Odontoscelis fuliginosa. This species is however only known from two sites in Britain and both are major sand dune systems. Not only was my specimen not from either of these sites, it was not from a sand dune (major or otherwise). I felt that my identification therefore needed checking so I passed it to a friend who felt that it was probably the commoner Odontoscelis lineola. He did however send a photograph of the specimen to a national expert who erred towards my identification but wanted to compare my specimen against those in the national collection at the Natural History Museum. I had the following message back today 'Comparing it to the British Collection, it is undoubtedly a male O. fuliginosa and as such, is a very significant record indeed.'

If I had just taken a photo, it would probably have been discounted as O. lineola. Now I can return to the site in order to confirm the presence of a colony and then make sure that it's presence is made known to the Environment Agency so that any works on the beach do not cause damage. 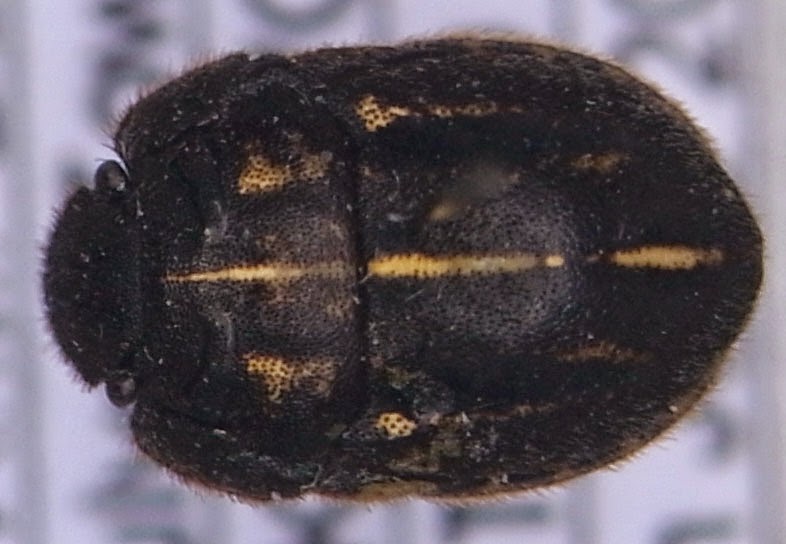 Posted by Gilbert White's Ghost at 22:30 No comments: