I'm back from Papua New Guinea. Somewhat later than anticipated but more of that in a future post.

Since my return I have been busy tying up loose ends with the Wood Warbler project. My thanks to the friends who kept an eye on the last two nests; the Magician fledged successfully but Double Back was predated by a Tawny Owl. 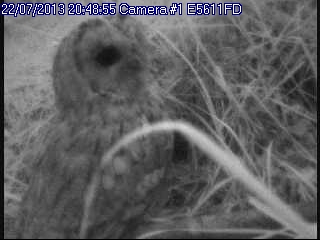 It is great to see that there's been a good influx of Clouded Yellows in the last few weeks. It is a species that I rarely see so it is always a thrill to come across them. 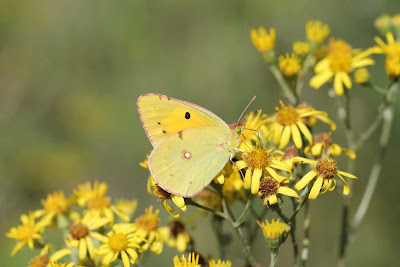 Last weekend was the Rutland Bird Fair. I always take some live moths up to generate interest in our stand. This year I ran a moth trap at Queen Elizabeth Country Park near Petersfield for a few hours on the evening before I drove up. I mainly hope for attractive species to take to Rutland but this year the best species I caught was a rather drab one; Olive Crescent. This is a UK Biodiversity Action Plan Priority Species which was known from just a couple of sites in Essex and a few sites on the Kent / East Sussex borders. However there have been a few records from east Hampshire this year so perhaps it is colonising new ground.

The stars of our stand this year though were both donated; a Small Elephant Hawk-moth caterpillar 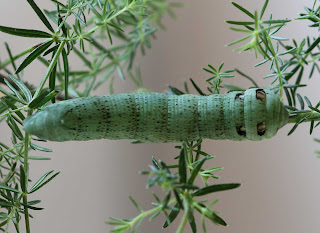 and three Privet Hawk-moth caterpillars which were brought, together with a potted privet plant by a chap from Wales. 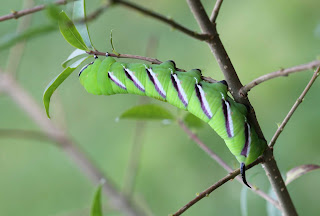 On Monday evening I went to check out a Swallow roost with a view to doing some ringing there the following evening. Amongst the good numbers of Swallows was an apparent albino which stuck out like a sore thumb, evening in the fading light. I didn't think that I had a cat-in-hell's chance of catching it but on Tuesday evening I caught 65 Swallows and 8 Sand Martins including....... 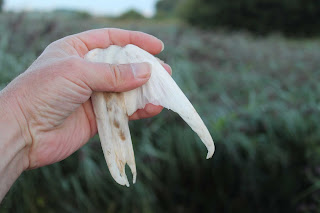 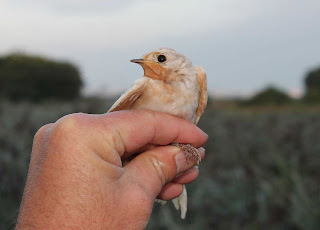 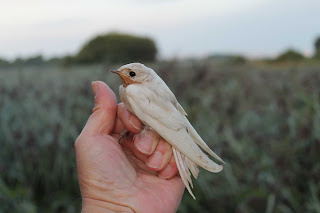 Clearly it is leucistic rather than albino but it is a stunning bird whatever label you put on it.
Posted by Gilbert White's Ghost at 22:51 2 comments: