Things that should be banned - part two

Bloody Microsoft messing around with my computer when I didn't ask them to.

A couple of months ago Microsoft decided to change my internet browser to Internet Explorer 11. I didn't ask them to, I was quite happy with IE 10. Since then I have had increasing problems trying to upload photo's to this blog and in the last couple of weeks it has just become impossible. It turns out that Blogger is not compatible with IE 11!

After wasting the whole evening trying all manner of fixes that are suggested on the internet - all of which have failed - I gave up and downloaded Google Chrome as my browser. Guess what? Everything suddenly works fine.

So thanks for nothing Microsoft, please let me know the address to which I should send the invoice for my time this evening.

Just to prove to myself that I can upload a photo now, here is a picture of 'Waldo' the Ring-billed Gull that has returned to Gosport for its 11th winter. 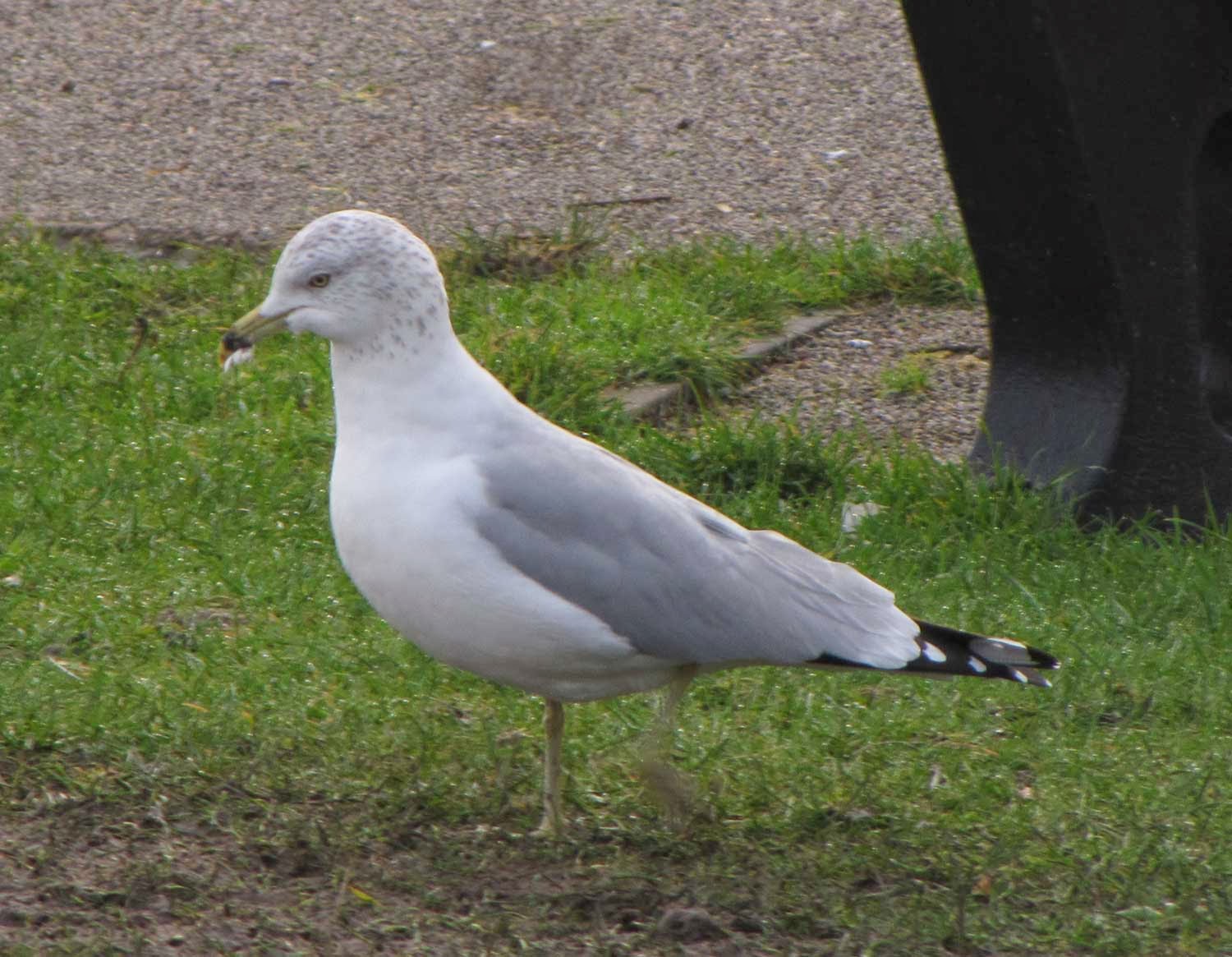 Posted by Gilbert White's Ghost at 23:28 No comments:

Birding in the monsoon season

Now I know that theoretically we don't have a monsoon season in Britain but how else do you explain the weather so far this year? Any sane person would have stayed firmly indoors today, and looking at the bird news in Hampshire it would seem that most people did. But, having spent all yesterday staring down a microscope at hoppers and having my ringing trainee wanting to do something, I decided to head out.


We started off at Alresford watercress beds where the Water Pipit failed to show but Grey Wagtail and 6 Little Egrets, a Kingfisher showing really well fishing from the wall of the cress beds and, eventually, a Green Sandpiper asleep and motionless (and consequently completely missed for quite some time) provided ample compensation.


We then moved to the Redbridge overlooking Lower Test Marshes which was rather quiet but eventually two Common Sandpipers flew in.


It was still lashing down so we headed to the sea-watching shelter at Milford. With only one scope between us and my trainee being an inexperienced birder, I was rather nervous of doing any sea watching (especially at this time of year) as I thought she'd be bored within about 5 minutes. It didn't look good, with visibility so bad that you couldn't see half way to the Needles and an initial scan producing absolutely nothing but within about 15 minutes two adult Little Gulls appeared as proceeded to feed in the surf. Shortly afterwards a Great Skua went through about 200yds out and then came back a couple of minutes later. Two fair quality Hampshire birds on a January seawatch. Nothing else appeared in the next quarter of an hour so I decided not to push my luck and we headed off to Pennington.


There was a good range of ducks and waders on the floods, including a lot of waders that would normally be out on the mudflats but presumably had come inland to avoid the howling gale. The highlight for me was three Ruff together but the main value was in the opportunity it gave my trainee to get to grips with a range of species at close range. The rain stopped at last and we walked out to look at the Solent but that was very quiet. Heading back to the car, all the waders went up and we were treated to a spectacular female Peregrine chasing a Black-tailed Godwit right in front of us. She failed in her attempts, partly because a male Peregrine came in and interfered - only to be noisily seen off by the female. She then proceeded to dive-bomb the Wigeon on the flood, trying to spook them into flight but without success. I don't think I've ever seen this behaviour in the wild before. A great end to a surprisingly good day.


It's a struggle to find much to write about at the moment so in the next few blogs you will probably be treated to my summer holiday snaps!
Posted by Gilbert White's Ghost at 00:33 3 comments:

Things that should be banned in 2014

1. Owen Patterson from breathing. This uses oxygen and gives off carbon dioxide, which as we all know is the primary cause of global warming. This might be tolerable if he served any useful purpose but he doesn't. I used to think that there would never be an environment minister who was worse for the environment than Nicholas Ridley. I was wrong.


2. Mini-beasts. What does this actually mean? My dictionary gives three definitions of the word beast: a large four-footed animal; a cruel or disgusting person; a disliked person or thing. So a mini-beast would be a small version of one of those. Presumably, option one is discounted as it is contradictory. If 'conservationists' are taking children out to look for a small cruel or disgusting person, they should probably be locked up and if they think their quarry is a 'disliked thing', they are clearly in the wrong job. I guess they think that the word 'insect' or 'invertebrate' is too difficult for children to understand. It isn't. It may be too difficult for them.


3. Bug hunt. See above. Only acceptable if the aim is to search for Heteroptera. Stop being so bloody twee and use proper words for things. If people don't understand what you are talking about, try explaining it to them!


4. A haven for wildlife. A term applied by certain organisations to every bit of land that they want to talk about, from urban back-yards to National Nature Reserves - and utterly meaningless. It is basically used for one of two reasons; the site is actually crap, or we don't actually know anything about what's there.


5. Comparing British habitats to rainforests. Lowland heathland is not 'more endangered than the rainforest' - to compare such differing situations is ridiculous in the extreme. Ancient woodlands are not 'the equivalent of the rainforests' unless you mean that they both have trees. And worst of all (and I've seen this twice recently), chalk grasslands are not 'richer than the rainforest'. I've just looked up the number of species in Corcovado National Park in Costa Rica - a site that I have visited. It supports 500 species of tree, almost 400 species of bird, 116 species of amphibians, 220 species of butterflies and 6000 other species of insect (with surely many more to be found). Are you starting to see how ridiculous the claim is? Are we really so lacking in imagination that the only way we can justify the importance of our habitats is to make some unjustifiable comparison with a habitat that most people will only ever see on television?


A good rant to start the new year. I may return the this subject in the future but back to some wildlife that I've actually seen in my next post.
Posted by Gilbert White's Ghost at 01:09 4 comments: