Back in August last year Mr Egg and I went moth trapping at a site in West Sussex. The purpose of our visit was to look for Crimson Underwings. Earlier in the year someone had photographed a Crimson Underwing caterpillar at the site but the photographs were inconclusive as to which species it was so we thought we'd have a go for the adults.

One of the first moths attracted to the traps was new for both of us.

The Gypsy Moth is now well established in parts of the London area and is known to be spreading but we certainly weren't expecting it this far west. Amazing antennae. 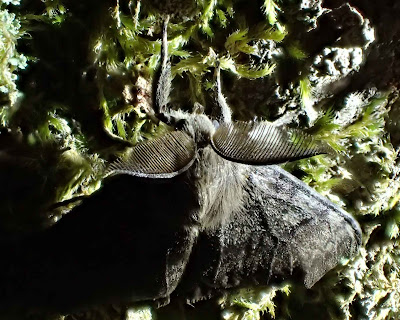 An underwing flapping round the traps got our hearts pumping for a moment but sadly it was just a Red Underwing Catocala nupta. 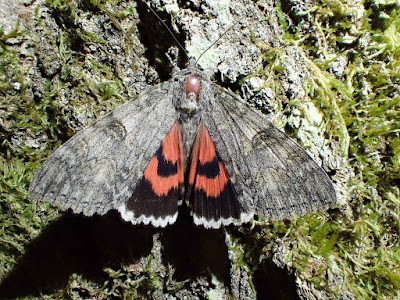 A somewhat less spectacular visitor was a Devon Carpet Lampropteryx otregiata. This didn't particularly surprise me as I'm used to seeing Devon Carpet whilst looking for Crimson Underwings in the New Forest. Mr Egg was on the ball though and remembered reading that there were only two previous Sussex records so we were able to get photographic evidence for the county recorder.

As well as using light traps we used rotting banana lures but the only thing they attracted was a Dark Bush-cricket Pholidoptera griseoaptera. 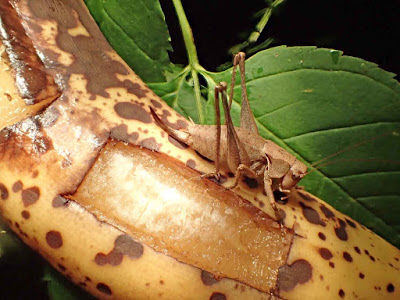 General searching with lamps also turned up the attractive (for a beetle) Anthocomus rufus. 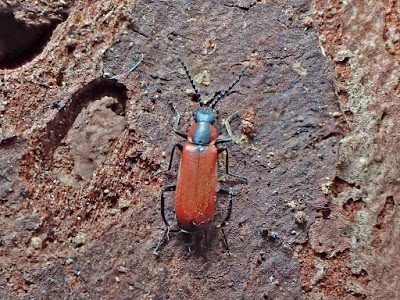 Despite me getting a case of dodgy guts and Mr Egg managing to stand on two moth trap bulbs, it was an enjoyable and worthwhile evening, even though we never saw the hoped-for Crimson Underwing. But why am I writing about it now?

Today I attended a workshop on Ichneumonid wasps run by Gavin Broad from the Natural History Museum. Whilst looking through my specimens he said 'that's the second British record'. I didn't take him seriously at first, how could he know that without even looking at the identification keys? But he was serious and the specimen was Ophion areolaris. The man is an absolute genius.

The only previous British record was from Scotland so as some smart alec pointed out that 'second is just the first of the losers' I will refer to it as the first for England rather than the second for Britain.

Update : Gavin tells me that the previous record was from Kinloch Rannoch in 1969. So what does a wood in West Sussex have in common with that site? Answers on a postcard please.
Posted by Gilbert White's Ghost at 01:10